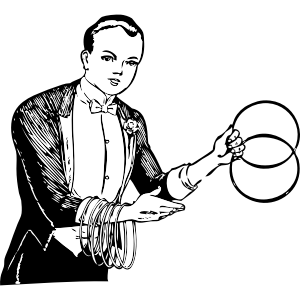 Using these sorts of words encourages the integration of historical thinking skills into activities focused on meeting ELA literacy standards.

Late last week, I ran across a similar sort of document that I used with both my middle school kids and college students. I called them Magic Words. Magic because using these words in their writing forced students to focus on what they learned in terms of time, cause and effect, spatial and personal relationships, and possible alternative versions of history.

Depending on the assignment, I might ask kids to use any five words from the list. Or ask that they use these five specific words from the list. But I always had the list on a bulletin board somewhere in the room and referenced the words during discussions. I also expected students to use these words as well during their conversations.

“Because the ground at Jamestown is watery, they can’t plant corn.”

“In a new settlement, slaves were in high demand because the colonists needed a lot of work done.”

“Although the Native Americans were not lazy and stupid, the Spanish thought that they were.”

“Whenever a slave was bought, a family was split up almost every time.”

“Though the Native Americans were living in North America before them, the English had no trouble claiming land to construct colonies.”

“Because Francis Drake stole money and land from Spain, he became a hero to the English.”

“Since the British practiced poor tactics at Concord, the Minutemen were able to force them back to Boston.”

“Before leaving for the New World, colonists often failed to think clearly about what they should bring with them.”