It shouldn’t come as a surprise to any of you that I am a huge Google Earth nerd. I love geography. I love maps. I love Google.

So when Google pushed out an online version of GE this week, all was right with the world. At least until I started digging into it a little bit. Don’t get me wrong. Any time I can play with an online Google tool, it’s a good day.

The new version does have a few cool features. But I’m just a little disappointed that the online version released this week is missing some of the sweet features of the desktop version. But let’s start with the good stuff.

Because it’s a web-based version, you can actually use Google Earth on your Chromebooks. Which seems like a no-brainer, you know . . . since Google Earth and Chromebooks have the same parents. But because of the Chromebook operating system, it’s not possible to actually install software. This version gives you Chromebook schools one more toy to play with and use as part of your learning activities.

The new version also comes in an Android version for you phone and tablet users. I’m assuming that it should also work on Surface tablets if you’re into that sort of thing. But no new updates for us iOS users. Sigh.

And just to be clear, this version only works on Google’s Chrome browser. If you use Safari, Firefox, or are a fan of whatever browser Microsoft uses, you’ll need to install Chrome to take advantage of the new tool.

So what does the new version do? 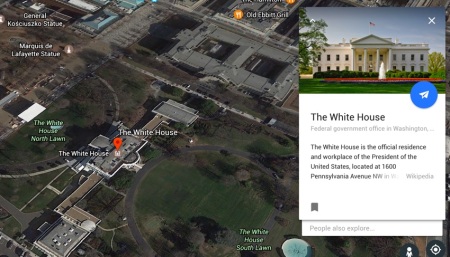 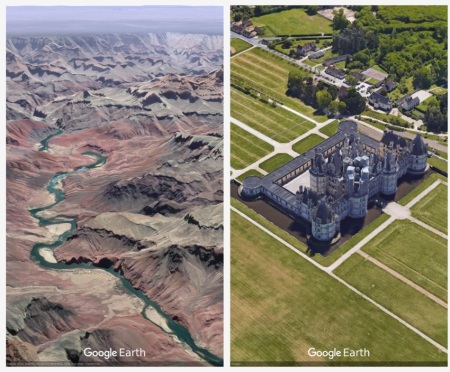 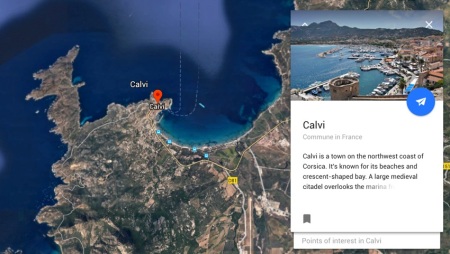 It’s a fun little gadget, I suppose. I think you could use it to introduce geography concepts to your kids. Maybe use it as a writing prompt. You might use it to jump start discussions about differences between various parts of the world, human and physical geography, identifying geographic features, and maybe talk about ways to add additional information to the basics that Google provides. But it’s the obvious randomness that you’ll need to deal with that makes the I’m Feeling Lucky button a bit awkward.

So. Some good stuff. The obvious plus for me is the expanded ability to work on Chromebooks. But, and I suppose I shouldn’t get too picky, but . . . seriously Google. You’ve got some pretty smart people on board over there. You couldn’t have included some of the sweet features from the desktop version?

I get it. Google is moving to online and mobile rather than installed desktop tools. I get it. There’s My Maps to do some of this. But I want the ability to move kids along the SAMR / Bloom’s / Depth of Knowledge / more complex thinking and creation path and this version isn’t doing me any favors.

The latest version makes geography more accessible to Chromebook users. But this seems like a pale imitation of the much more robust Google Earth Pro desktop option.

Get the Google PR blast about their new toy and then head over to the GE page to try it out, get resources and tutorials (for both new and old versions,) and download the desktop Pro version.

And I’ve got an older page with some GE resources and teaching ideas that is still golden for providing ideas and materials.

Have a great time!